Kia Ora – ImpleMentAll goes down under

This year’s conference of the International Society for Research on Internet Interventions (ISRII) took place in Auckland, New Zealand on 12-15 February 2019. Despite the long travel distance to be taken by most of its consortium members, ImpleMentAll was pleased to have organised two symposia.

First things first. When arriving at the venue on Wednesday morning, the conference participants walked over to the Waipapa Marae, a sacred meeting ground located at the University of Auckland campus. To introduce the participants to the culture, we were greeted with a heartfelt Pōwhiri, a welcome ceremony traditionally celebrated by New Zealand’s indigenous population, the Māori. Afterwards, a group of students from the Hoani Waititi school performed an impressive Kapa Haka, a ritual Māori dance.

After an official opening address by (former) president Frances Kay-Lambkin and conference co-conveners Karolina Stasiak and Terry Fleming, the ISRII 2019 conference started with two keynotes. The first was given by Lance O’Sullivan, who demonstrated the discrepancies in healthcare between indigenous and non-indigenous populations in New Zealand. The second was speaker was Ricardo Muñoz, who granted insight into his own origins, pointing to the fact that probably all of us have some traces of indigeneity in our history. Delighted by Ricardo Muñoz’ motivational words that the ISRII community could contribute to make healthcare a universal human right and Lance O’Sullivan’s appeal to disrupt old habits to make innovations work, everyone was good to go to dive into the exciting world of Internet Interventions.

ImpleMentAll’s two-part symposium named “Next Generation Internet Interventions in Routine Practice” chaired by Christiaan Vis and Anne Etzelmüller focused on the implementation science perspective of eHealth interventions on the one hand, and on the implementation practice perspective on the other hand. A variety of ImpleMentAll related topics were addressed by ten speakers from the consortium. The first part covered the effectiveness of iCBT services in routine healthcare and the reporting of implementation outcomes under routine care conditions (Anne Etzelmüller), ImpleMentAll’s study protocol (Christiaan Vis), an evaluation concept for the implementation of internet- and tele-based prevention services (Ingrid Titzler), a cross-cultural confirmatory factor analysis of the NoMAD instrument in a healthcare context (Leah Bührmann), and major challenges in large-scale EU-funded projects in terms of obtaining valuable and reliable data in multi-centre, multi-continental trials (Claire van Genugten). The second part included contributions on the implementation of iCBT as part of a digital stepped mental healthcare service in general practice (Isabel Zbukvic), insights to an international, online self-management program and its implementation in Germany (Pia Drießen), Albania and Kosovo (Arlinda Cerga-Pashoja), the development of iCBT implementation in Denmark (Kim Mathiasen), and tailored implementation and a preview of the ImpleMentAll ItFits-toolkit (Jordi Piera, Christiaan Vis).

Next to the shared efforts of the ImpleMentAll consortium, Christiaan Vis organised a panel discussion, also titled “Next Generation Internet Interventions in Routine Practice”. The active discussion was fed by a questionnaire issued amongst the conference participants. Results of the survey and opinions of the panel – Heleen Riper, David Ebert, David Mohr, Heather Hadjistavropoulos, Nick Titov, and Kim Mathiasen – were discussed, complemented by enthusiastic contributions coming from the audience. The discussion round was concluded with the statement “We all want innovation, but we don’t want change”, highlighting the big challenge of implementation science and practice in the field.

The ImpleMentAll group was not the only ones to focus on the topic of implementation, many other speakers also emphasised translation-to-practice processes as inevitable components of their study designs. Internet Intervention developers were talking about co-design, stakeholder involvement, or design for implementation, which lead a conference participant to pose a crucial question during the panel session: “Might we all talk about the same processes, but in different languages?” Probably, and another challenge for the ImpleMentAll project and the world of implementation will be to come to a common terminology to work more effectively towards more successful implementation of Internet Interventions.

The conference ended with some closing remarks by Frances Kay-Lambkin and the appointment of ISRII’s new president, David Ebert as well as the announcement of the new president elect, Pepijn van de Ven. Coming back to “next generations” and taking a look at a crowd of researchers all being at different points in their academic career, Ricardo Muñoz formulated his striking take-home message:  “There will always be new knowledge coming with new generations, but the values will stay the same.”

Taking the perspective of ImpleMentAll, we all traveled home with a new valuable experience in our researcher-suitcases – paired with the promising notion that Implementation Science is going places in the field of Internet Interventions.

Are you working with implementation, but “in a different language”? Please comment below, we would love to hear from you! 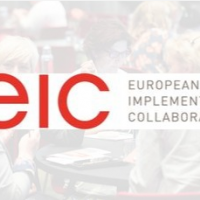 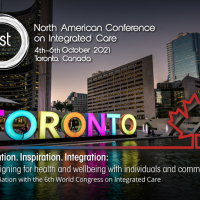 Innovation. Inspiration. Integration: Co-designing for health and wellbeing with individuals and communities