The beginning of April marks a change in the overall management and coordination of ImpleMentAll. Claus Duedal Pedersen, the Project Coordinator, has started a new job outside of the Region of Southern Denmark and the overall responsibility for the project is taken over by Kim Mathiasen, licensed clinical psychologist and PhD. Kim was in charge of the Danish trial site during the preparation phase and beginning of the trial and has since acted in a consultant role for the RSD site. He therefore already knows the project and its partners well and now rejoins the consortium to steer IMA towards the successful fulfilment of its ambitious goals.

"I have never really left the IMA project in my soul, and have followed it with great interest during the time apart. This is such an important project for the field of iCBT and implementation science - and I am so impressed with the practical work and implementation being done at the trial sites as well as the top scientific progress being made. I look forward to heading this remarkable project, contributing with my expertise, and resuming collaboration with the highly skilled and exceptionally friendly people working on it. In my view, the management team has already set the right direction for these last 12 months of the project and I will follow it in my efforts to both lead and support the consortium towards the successful completion of the project."

Kim Mathiasen is presently employed in a joint position between the Region of Southern Denmark (the Centre for Telepsychiatry and the University of Southern Denmark) and at Aarhus University Hospital, Research Unit for Depression and Anxiety Disorders, where he works as a research psychologist. In both positions, he works with E-Mental health, particularly with prediction and prevention of relapse of affective disorders and Internet-based psychotherapy for adult anxiety and depression.

Previously, he has worked in psychiatric services in both Denmark and Norway as well as with young people in student counselling. Since 2006, he has pioneered internet-based cognitive behavioural therapy (iCBT) in Denmark. From 2008 - 2009 he and the IT company DaFirm launched the first Danish iCBT programmes. In 2010 - 2012 he led the first Danish iCBT research project at Aarhus University Hospital in which the English iCBT programme “FearFighter” was translated to Danish and tested on waiting list patients in a pilot randomised controlled trial. From 2012 - 2015 he led the establishment of the first Danish large scale iCBT clinic: Internetpsykiatrien, at the Centre for Telepsychiatry in the Region of Southern Denmark. He has contributed to several largescale projects including managing the Danish trial in the EU project MasterMind in which the upscaling of iCBT was evaluated, managing the Danish trial in the EU project E-Compared comparing traditional CBT to a combination of online and face-to-face sessions and managing the Danish trial site of the EU project ImpleMentAll, until this role was taken over by Kristine Tarp. Furthermore, Kim was a member of the Online Committee and the Working Group for Guidelines for Online Psychology Services of the Danish Psychological Association and part of the board for the National Clinical Guidelines for Anxiety Disorders. 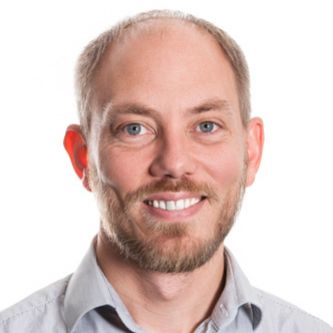